Editorial re Texas from this past weekend

Editorial re Texas from this past weekend

Good article in the paper.

High caseloads and high turnover continue to vex the state Child Protective Service agency's efforts to investigate abuse and neglect allegations of Texas children. And solutions to keep caseworkers on the job protecting children aren't working effectively. Among the counties most affected by those dynamics are Travis, Hays and Williamson. Backlogs in these Central Texas counties are at chronic levels. The problem requires immediate attention from state leaders, including Texas Health and Human Services Commissioner Dr. Kyle Janek, because too many Texas children are at risk of being injured as their cases languish for months without consideration.

CPS deserves credit for recognizing the problem and taking steps to solve it. But last week, the public learned what CPS no doubt discovered during the past few months — the remedy backfired.

To deal with massive backlogs in Travis, Midland and Ector counties, Child Protective Services sent veteran caseworkers from Dallas and Houston to assist those counties with unresolved cases left open for months, the Houston Chronicle reported last week. The Chronicle reported that while delinquent cases in Travis County dropped, from about 65 percent to 44 percent, the numbers for delinquent child abuse investigation cases in Harris County jumped, to 1,470 cases, about 270 more delinquent cases than the county had a year ago before caseworkers were dispatched to other counties.

Even with improvement, Travis County's backlog remains among the highest in the state, a CPS official told us. As of last month, Travis County still is trying to close 655 cases, down from over 1,200. But there is a continuing influx so progress is slow. And other Central Texas counties, such as Williamson with about a 50 percent delinquent rate, and Hays with a 43.5 percent delinquent rate, are also at chronic levels. And the workload for frontline CPS investigators in Region 7, which includes Travis, Williamson, Hays and Bastrop counties, is the highest in the state, averaging 31.4 cases per worker. Such pressures help explain why people bail out or burn out so quickly.

The problem of backlogs, however, is statewide. The Chronicle reported that "in almost half the counties in Texas, one-third of the cases CPS investigators are handling are ‘delinquent.'"

A case is delinquent when it remains open for 60 days or more, says Patrick Crimmins, a spokesman for CPS. The goal is to close a case within 30 days. Cases that are open for 60 days or more can have serious consequences for children. It means that CPS is not aware of what is going on with a child, family or household for that period of time; that CPS has not made a finding about whether the child is being abused or neglected; that CPS has not taken action to either remove the child, provide the family with services to make the household safe for the child or rule out the allegation.

"We need to get in and stay in or get in and get out — consistent with whatever is safest for the child involved," Crimmins said.

We agree. But the system is broken because caseworkers are leaving the agency faster than CPS can hire them. When they leave, their cases are assigned to remaining caseworkers. So the workload for them quickly piles up to unmanageable levels.

"The link between turnover, caseloads and backlogged cases is direct and it can become a cycle," Crimmins said. "That is what we are seeing."

In August, for instance, CPS hired 65 investigators, but Crimmins said 73 workers left CPS that month. There are clues in a state survey of people who left CPS jobs about why turnover is so high. The top reasons given are: working conditions (about 24 percent cited that); retirement (16.2 percent); and jobs that paid better (13.2 percent).

CPS has for several years tried to boost recruiting and retention efforts, offering a $5,000 stipend to caseworkers and extra pay on top of base salaries for certain skills, experience and education. But such incentives along with starting salaries, which range from $2,644 per month to $2,970, are no longer competitive enough to retain people in those high-pressure jobs.

A better solution might be found in the approach the state used a few years ago to deal with a massive backlog in processing food stamps. The Texas Health and Human Services Commission ramped up its hiring efforts, bringing on hundreds of workers in a short span — upwards of 1,000 — revamped training and boosted pay. Faced with a threat of losing millions of dollars in federal money, state leaders went big. Surely they can do as much to protect Texas children.

Find this article at:

Loading...
DISCLAIMER: I am not an attorney and am not providing legal advice.
Top 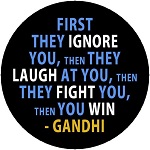 Re: Editorial re Texas from this past weekend

Texas.... the state where mothers eat their young. What is it about Texas and these mothers who violently kill their children? I know these are blips on the maternal radar, but there have been SO many cases out of Texas, and not elsewhere, about mothers drowning, hanging, eating their children. What's going on down there?
Advice & opinions provided are no substitute for genuine legal assistance. Laws & rules vary by state/jurisdiction so do your homework and get
an education in CPS laws, rules & practices so that you can FIGHT for your children's rights. I am not a lawyer. Your mileage may vary.
----<>----<>----<>---- BREED WITH CAUTION ----<>----<>----<>----
Top

Re: Editorial re Texas from this past weekend

Eljay wrote:Texas.... the state where mothers eat their young. What is it about Texas and these mothers who violently kill their children? I know these are blips on the maternal radar, but there have been SO many cases out of Texas, and not elsewhere, about mothers drowning, hanging, eating their children. What's going on down there?

Not sure... did my share of those cases. I think the media just picks up on some vs. others.
DISCLAIMER: I am not an attorney and am not providing legal advice.
Top
Post Reply
3 posts • Page 1 of 1